Four-year-old Asher Caine vanishes while playing near the woods one day with his twin sister Ariana. Eventually, his family believes him to be dead. In the Kingdom of Falmoor, twins are cursed. Ever since the evil sorcerer Larque turned the good witch Elora to stone, all twins in the Kingdom are doomed to be separated, either through death or mysterious disappearances.

Now about to turn thirteen, Ariana learns that her brother is alive, and she must find him in order to save Falmoor. With their magic blood and powerful bond, the Caine twins must release Elora from her stone imprisonment. Only then will Larque be stopped from spreading darkness throughout the kingdom.

Will the twins find each other in time?
Can they save Falmoor from evil and remove the curse of the twins forever? 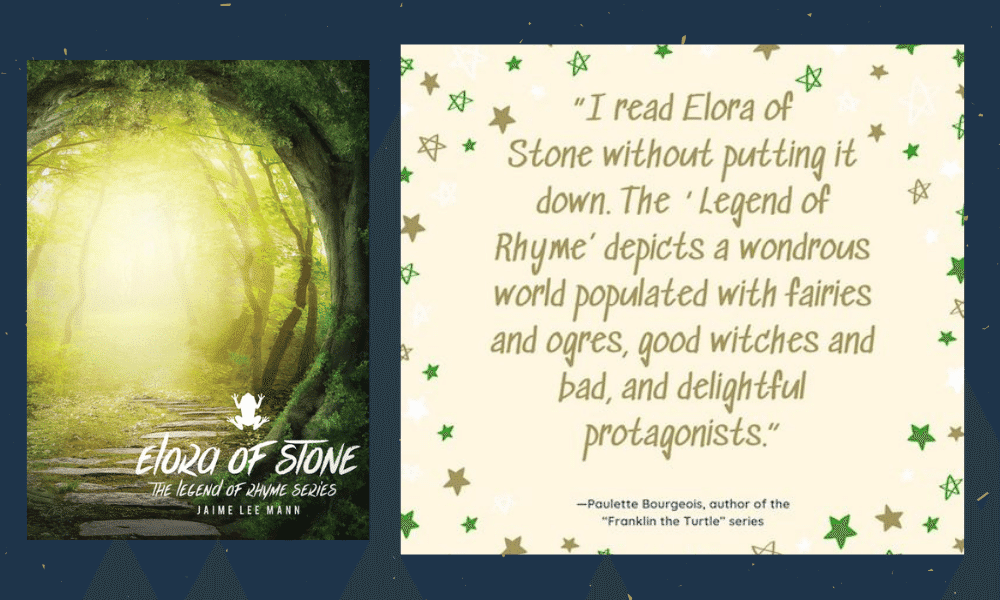 Download an excerpt from the first novel in the Legend of Rhyme series, Elora of Stone (175 downloads)