My keyboard feels funny.  Probably because this is the first time I’ve opened my Macbook since Christmas Eve. My fingers are a bit sore from putting Lego sets together. (My husband says I haven’t been working my Lego muscles enough.) But my mind is rested, and I’m ready to create again.

I’ve been good and busy over the past few weeks with Christmas, end-of-the-month work catch up, and the release of Elora of Stone. There’s a lot that has to happen to promote a new novel, and it’s sort of been baptism by fire. Luckily I have been heavily involved in the marketing world over the past few years, otherwise I would be having panic attacks all over the place.

Since the book has been released, I’ve suffered two little bouts of minor heart-break. There was the moment I read my first negative review, and then the one where I found a couple of typos in the finished novel. Both things that are to be expected, and both things I have been prepared for. But they both stung for a minute, until I decided that neither event was the end of the world.

(The second edition of the novel has been printed, and I’m waiting on a shipment of a couple hundred copies to bring along with me to the school and library visits I have happening next month.)

Now that the first novel in the Legend of Rhyme series is out in the world, I’m hard at work on finishing the trilogy. Into Coraira is the second novel in the series, and I am currently chopping it to pieces as I pull together the second draft. I was making excellent headway on the third novel, Teagan of Tomorrow, when I decided that book 2 needed me more.

The editing process is extremely difficult. I both love it and hate it with passion.

Revisions to book 2 are particularly painful, because I know how important the second book of a series is. I can not afford to have it not be even better than the first! So the revisions on this book are taking countless hours. Very much worth it, but killing your babies (cutting out words) is never entirely painless. It’s for the greater good, but it’s hard. 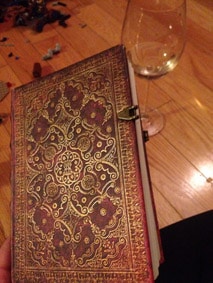 At the end of the day, I love that a beautiful story is rising from the crappy first draft I sent my editor, so I have conflicting emotions. (And yes, first drafts are always crap when you look at them with perspective. At least in my experience!)

So with that, I better get back to work. I have many hours of rewriting ahead of me in order to meet my goal of having this manuscript back in the hands of the editor by the 6th of January.

In the meantime, if you’ve read Elora of Stone I would love if you took a moment to put a review up on Amazon, Indigo, Goodreads…wherever(!). A positive online review is the best way to thank an author 🙂

PS: You can now find copies of the book online at Amazon and Indigo, as well as locally here in PEI at both Indigo and The Bookmark in Charlottetown, as well as in Summerside at Coles Book Store. Thank you so much for your support!

This site uses Akismet to reduce spam. Learn how your comment data is processed.